The Python code written to perform the analysis is accessible here. 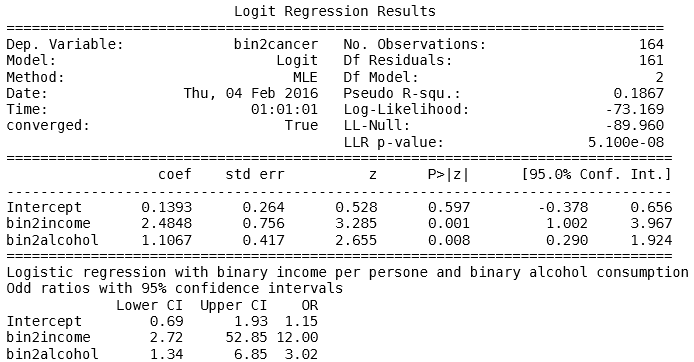 This result support the hypothesis of association between income and breast cancer rate. There was no evidence that alcohol consumption confounds this relationship.

One thought on “Logistic regression model with Python”