Decision tree analysis was performed to test nonlinear relationships among a series of explanatory variables and a binary, categorical response variable. The training sample and the test sample were set at a ratio of 40/60. For the present analyses, the maximum number of nodes was limited to 5.

The following explanatory variables were included as possible contributors to a classification tree model evaluating smoking experimentation (the response variable): gender, age, (race/ethnicity) Hispanic, White, Black, Native American and Asian, alcohol use, alcohol problems, marijuana use, cocaine use, inhalant use, availability of cigarettes in the home, depression, and self-esteem.

Here is the Python code written for this purpose:

#%%
“””
Modeling and Prediction
“””
#Split into training and testing sets

The decision tree generated from the code: 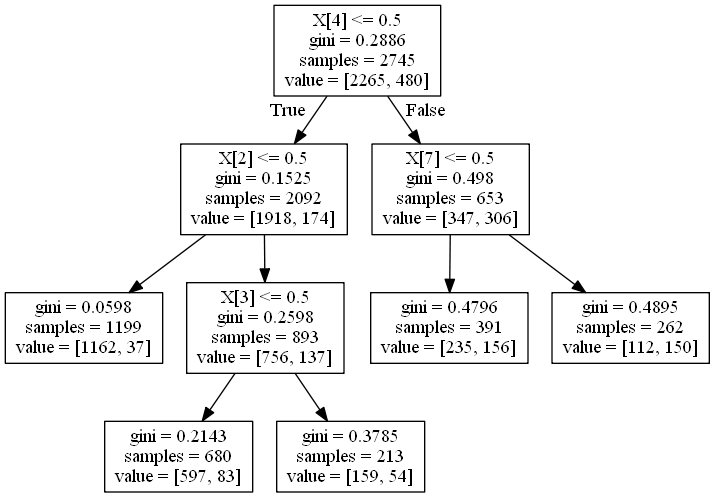 One thought on “Machine Learning: Growing a Decision Tree with Python”